Motorcycles are not just a form of transportation but a great joy to ride on open roads and curvey highways. If you’re looking for true American riding style and experience, vintage motorcycles offer thrilling performance, custom styling, and the practicality and aesthetics that so many people have come to fall in love with. This is especially true when it comes to classic American motorcycles that turn heads when riding down the streets.

While classic motorcycles have come a long way over the years in terms of performance, styling, handling, comfort, and innovative build, there are vintage bikes that still offer plenty of speed, timeless design appeal, and great engine performance for a fun ride. Here are some of the most iconic American motorcycles to check out:

The XR1000 was built as a street-legal version of the popular XR-750 race bike. Powered by a 998 cc air-cooled V-twin engine that made 70 hp paired to a four-speed transmission with a chain drive, the Harley-Davidson XR1000 was the ultimate brawler. It offered excellent handling, good power and played a great role in ushering the classic American motorcycle style. The bike featured tow high-rise flat track style exhausts that produced the all-too-familiar Harley sound.

Indian Motorcycle company has faced lots of challenges over the years but produced one of the best bikes in American history. One of the greatest Indians was the Scout, which was a bit smaller and affordable than the largely popular Chief. This vintage bike was produced between 1920 and 1949. Engines initially started at 596cc to 745 ccs by 1927. The bike also holds some racing success, winning a few Daytona races.

The Harley-Davidson WLA was produced for the U.S. Army back in 1940 just before World War II. It was simply a militarized version of the civilian WL model. This classic American motorcycle came with several unique modifications, such a black or olive drab surfaces, blued or Parkerized all-polished or chrome surfaces, blackout lights, leather scabbards for Thompson submachine guns, skidplates, cargo racks. This was perhaps the coolest Harley ever built.

This was the first successful Harley “factory custom” cruiser motorcycle. The Low Rider was mean-looking and came decked out in wrinkle-black trim and a scooped-out seat that actually gave the bike its iconic name. By producing the Low Rider, Harley Davidson simply wanted to emulate the stripped-down and raw look of drag racing and custom chopper bikes. The bike came with cast-aluminum wheels, a raked fork, a drag-style handlebar, and custom styling.

The Harley Model 7D is another classic American motorcycle that was introduced in 1911 and was the first successful V-twin from Harley Davidson. This bike started the long-standing legacy of HD motorcycles. While it lacked a conventional clutch riding mechanism, it relied on a level-operated tensioner pulley that was used to engage and disengage the F-head IOE engine. Due to their gray paint and use of a muffler, they were nicknamed “Silent Gray Fellows.”

Crocker started production in 1932 for speedway racing motorcycles with single cylinders. These bikes built a name as success racers until the company shifted to V-twin powered road motorcycles in 1936. Compared to the competition at the time, Crockers were superbikes. Indians and Harley Davidsons had 38 hp-40 hp bikes while Crocker’s entry-level engines were producing 55 hp-60 hp routinely. These classic American motorcycles were built to order. Production ended in 1942, making the Crocker a very rare bike by today’s standards.

Ace Motor Corporation produced the Ace from 1920 to 1924. The company went down after going bankrupt, after which Indian bought the entire rights and tooling for Ace. The bike used a pretty unusual engine layout - a longitudinal four-cylinder engine with a chain drive, which was the same as the original Henderson motorcycles. The Ace looked stylish, and because production only lasted for four years, this classic is a rare gem.

The Indian Chief was similar to the Scout but larger. It had the same 42-degree V-twin layout and was produced from 1922 to 1953. The engines were 1000 cc for the first year but upgraded to 1200 cc until the 1950s when they were increased to 1300 cc. The famous big fenders were introduced in 1940 with a more comfortable sprung frame. The classic American motorcycle was good looking and was capable of clocking 85mph right out of the factory. With expert tuning, it easily clocked 100mph.

The S-125 was produced between 1947 and 1952. HD made this as a basic-entry bike with a 125-cc two-stroke engine that produced 3 hp. A 3-speed foot-shifted transmission was used to send power to the rear wheel. Over 10,000 bikes were sold in the first 7 months if 1947. Large rubber bands were used to suspend the front fork until a telescopic fork was introduced in 1951. A larger 165 cc engine was introduced in 1953, with the name changing to 165. 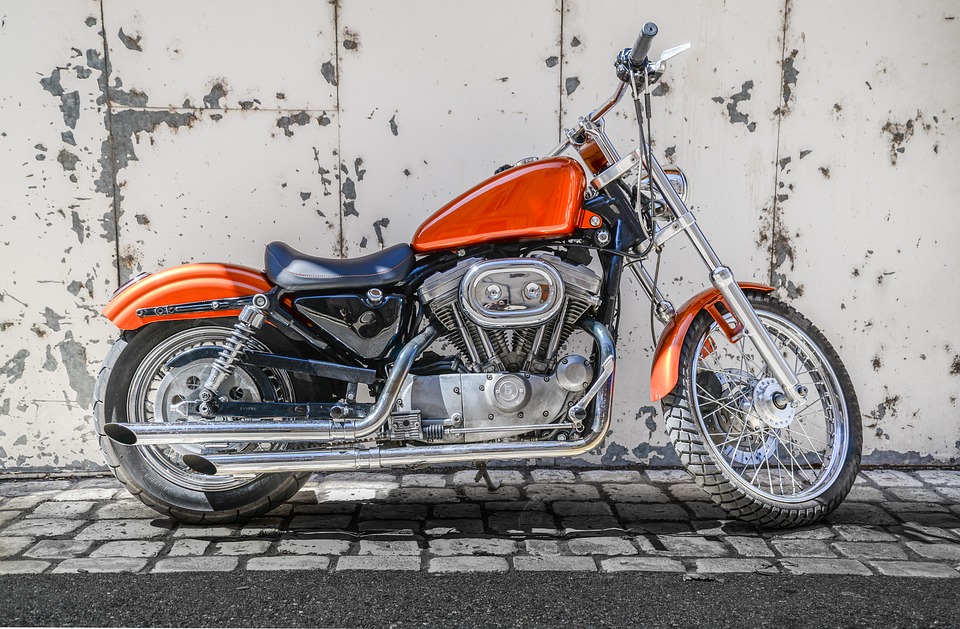 Classic motorcycles have influenced the future of motorcycle design for decades. For instance, the vintage 1936 Harley Davidson EL established the core style and design elements of heavyweight cruiser-style bikes produced to this day by virtually all cruiser bike companies. Whether you own one of these classic American motorcycles or a brand new, old-school motorcycle like the 2019 Harley-Davidson Street Rod, the influence of “Vintage” lives on.

To personalize your bike even further, customization is a must. At West End Motorsports, we bring you a wide range of customizable parts and accessories for your classic V-twin cruiser bile. From top-brand slip-on exhaust systems that allow you to achieve a better sound, fairings and windshields, and seats that improve riding comfort, we have exactly what you need to customize the style, functionality, and practicability of your motorcycle.

When you shop at our online store, you get guaranteed fitment and free shipping on all orders over $99.

For more from our blog, check out the 4 best big cruiser motorcycles.