The top concern for any motorcycle rider is to be visible to car drivers. Unfortunately, thousands of fatal accidents involving cars and motorcycles happen each year. Up to 5,000 riders are killed in crashes each year, with the majority of crashes attributed to riders not being seen by drivers. This has made rider visibility one of the most debated topics in the world of motorcycle riding safety.

Why exactly don’t motorcyclists wear high visibility gear? Here are some highlights to help us understand why most riders choose not to wear high-visibility protective gear, why some riders are more inclined to wear the gear, and what would motivate them to wear more visible gear.

Why Motorcyclists Choose Not to Wear More Visible Gear

Despite the fact that 37% of motorcycle riders are less likely to be involved in a crash when wearing more visible gear, most of them don’t take this safety measure seriously. Multiple studies conducted have revealed that there are a number of reasons why most riders don’t wear neon vests, shirts, helmets, or jackets with high-visibility features.

Certain types of motorcycle riders are more inclined to wear high visibility jackets and other gear when riding. From cruiser bike riders,  sportbike fanatics, scooter riders, touring bike riders to the growing community of female riders, the choice of visibility gear depends on the type of motorcycle they ride as well as riding conditions.

What Would Motivate Riders to Take Visibility More Seriously?

While every rider cares about their personal safety, most believe that more should be done to encourage them to wear high visibility gear. The most popular suggestions include: 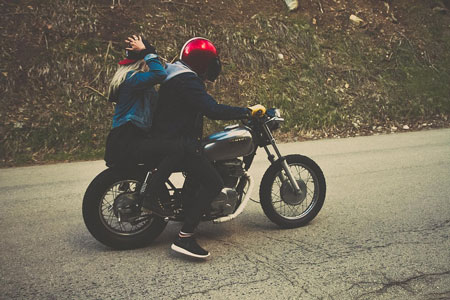 If you’re looking to improve your riding safety on your V-twin cruiser bike, feel free to shop our  riding gear at West End Motorsports today. We stock the best gear for people who like to ride from leading brands like Z1R and LePera. Order online now.