Husqvarna Motorcycles is a brand with a cult-like following in dirt bikes and supermotos. In business since 1903, this company is committed to leading, innovating, and pioneering. The brand has a strong reputation for its strong and dependable build all over the world. While it may not be all over the press like other prolific brands like Harley Davidson in the U.S., they’re a reliable company that provides solid products.

So, where are Husqvarna Motorcycles made? In Sweden, where it all started. As the oldest motorcycle manufacturer with uninterrupted production over the years, there is a lot to learn about this brand that has been consistently setting trends.

The Birth of a Legend

Husqvarna produced their first “motorized” motorcycle in 1903. From then, they’ve been doing what they do best, producing world-leading dirt bikes and new-generation bikes street bikes over the course of 110 years. They were among the first companies behind motorized bike technology and played a huge role in creating the motorcycles we’re familiar with today.

Motorcycles That Were Designed to Win Races

Almost thirty years down the line, after introducing their first bike, Husqvarna Motorcycles massively improved their motorcycles and made numerous changes to the engine, body style, transmission, seat, and even suspension. This was in 1933 when they released their modernized version of the original concept to create a fully capable motorcycle that went on to compete on the track and win races.

Husqvarna Motorcycles were still made in Sweden, if you’re still wondering where, and experienced their first victories during the 1933 and 1934 road racing seasons. With even more regular appearances in these races, Husqvarna went on to win on multiple occasions. In fact, they were there when the now widely popular motocross racing was introduced in 1953 in Belgium. They ventured into motocross racing with single-cylinder lightweight road bikes.

As years progressed, Husqvarna Motorcycles got into the production of high-performance motorcycles. With an innovative approach to their development technologies, they were able to increase speed, handling, and aerodynamics in their bikes. The iconic Silverpilen was the pioneering Husqvarna model, unveiled in 1955, that was purpose-built for heavy off-road use.

This bike became an iconic model at 75kg weight and with a telescopic fork, hydraulic dampers, and frame-mounted engine. At the time of its release in the market, the Silverpilen, meaning ‘silver arrow’ in native Swedish language, was revolutionary. This motorcycle established Husqvarna Motorcycles as a world power in motorcycle innovation and technology.

In 1959, famed racer Rolf Tibblin became the first motocross champion on a 250cc Husqvarna. The brand won other multiple titles, including the Baja 1000 title and the motocross Des Nations. Another racing great, Bill Nilsson, won the World Title on a Husqvarna’s 500cc motorcycle. This was just before the golden age in the 60s and 70s when off-roading became the company’s claim to ultimate fame. Husqvarna was known for its fast and tough off-road bikes.

It was during this time that these bikes showed their real worth, taking the motocross world by storm and becoming the dominant force in the arena of world competitions. Boasting an amazing 14 motocross world titles during the golden age along with 24 Enduro European Championships, and 11 Baja 1000 wins, Husqvarna took the spotlight during the 60s and 70s.

A Change of Hands in 1977 - Setting the Benchmark

With dirtbikes, all the rage throughout the world, more manufacturers and even investors were interested in the action. With the legend of Husqvarna undeniable, one of the biggest corporations in Sweden then, Electrolux, purchased Husqvarna Motorcycles, setting a benchmark for the revolution that was yet to come.

In 1983, the company unveiled a new bike that set new standards in the motorcycle industry. Husqvarna Motorcycles designed all-new generation 4-stroke competition motorcycles with 500 cc engines. These bikes delivered as expected with an air-cooled engine, a lighter weight, and a proven design that ensured easier and smoother handling.

In 1988, Husqvarna Motorcycles changed hands again and was sold to an Italian motorcycle manufacturer called Cagiva. The motorcycles that were manufactured at that time got the nickname “Huskies” or “Husky”. There were plans to relocate the company to Italy by 1988, but the core Husqvarna development team decided they’ll remain in Sweden, eventually splitting again and launching “Husaberg” in 1988.

The Historic Reunion That Changed Everything

In 2013, after some tremendous progress, Husaberg’s owner (Pierer Industries AG) bought Husqvarna Motorcycles, marking one of the most historic and greatest reunions in the history of motorcycle manufacturing. Both halves of the genius development teams were reunited and went on to produce an entirely new range of motocross and Enduro motorcycles. In 2014, the bikes were back in the scene bigger, stronger, faster, and better with thoughtful aesthetics. 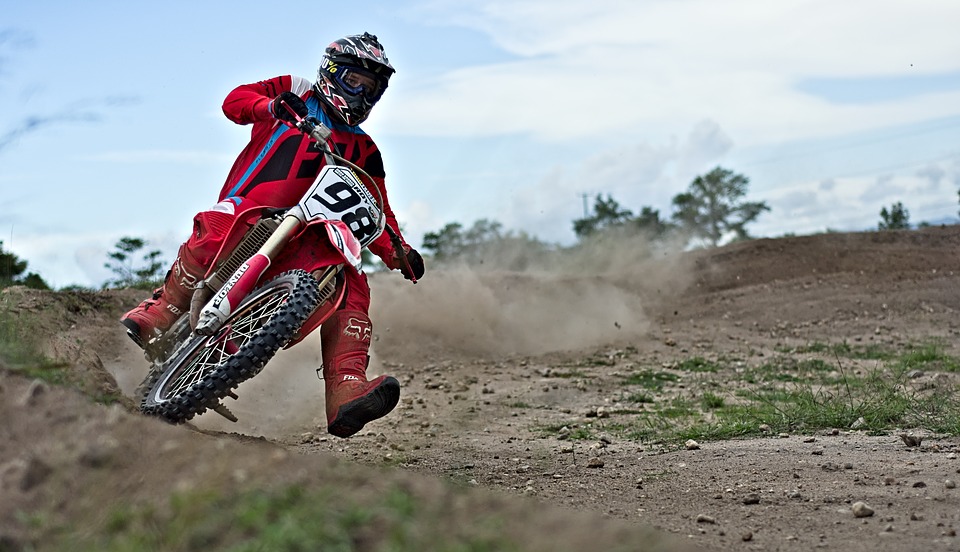 After getting back into the frenzy of their golden era with a new range of bikes, the Husqvarna team deiced to go back to their roots - the 701 Supermoto motorcycle. This meant going back to the 1930’s design basics of the single cylinder 4-stroke street bike. They released the 701 Supermoto in 2016 with the DNA of the past in a compact size with a high-powered engine. The release of the Vitpilen 401 and the Svartpilen 401 models further confirmed their intentions.

The Return to the Streets With the New Enduro in 2017

Husqvarna Motorcycles made a return to the streets with the new production Vitpilen 701 model, cementing their legacy in competition motocross motorcycle production. They produced a new range of Enduro bikes with 2-stroke fuel injection systems that offered greater fuel efficiency with sensor-controlled tech that ensured compliance with emission regulations. To date, there’s no doubt that Husqvarna Motorcycles is one of the most resilient bike design teams in the world.

Enjoy the Essence of Riding

If you’re looking to enjoy the essence of riding with a customized look and riding style, then you need quality European motorcycle parts and accessories that you can install yourself. At West End Motorsports, we bring the widest range of quality parts and accessories including exhausts, windshields and fairings, seats, and custom styling packages. Order your parts at our online store.

For more from our blog, check out our post on the best retro motorcycles.