Motorcycles have been around for over a century. Today, plenty of manufacturers build modern bikes that still have that classic old school style. If you’re on the hunt for the best retro motorcycle options on the market today, this is the guide for you. These bikes conjure visions of the past while featuring modern parts and components.

First launched in 1957, the Harley-Davidson Sportster is one longest steadily running models in the industry. Modern iterations of this classic bike still feature that same stunning design and an air-cooled V-twin for that classic, deep throated Harley roar and plenty of low-end torque.

The new models also deliver modern conveniences like an anti-lock braking system and fuel injection. This bike is highly customizable, so it’s one of the best retro motorcycle options if you want a classic bike that you can work on and upgrade to your exact tastes.

One of the few companies to ever rival the Harley-Davidson lineage, Indian Scout was first produced from 1920 to 1949. The new generation of Scouts feature that iconic throwback style with plenty of modern twists.

Today’s Indian Scouts come loaded with features like electronic fuel injection, ABS, a 100 hp V-twin, and premium suspension. They even include an integrated USB ports for convenient charging — you won’t find that on the original Scouts.

The Yamaha SR400 is one of the best retro motorcycle choices if you want something new that still looks and feels just like the classics. First produced in 1978, the SR400 gained a loyal following because of its simplicity and ease of use, and modern versions still follow that path.

Not much has changed over the years, and that’s how fans of this bike like it. In fact, current year SR400s still use a kickstarter so you can really get that burst of nostalgia every time you’re gearing up for a ride. The newer models do add fuel injection, but aside from that, you’re pretty much getting a bike that feels like yesteryear’s favorites.

If modifying your rides is your thing, the BMW R nineT is easily one of the best retro motorcycle options, thanks to its highly customizable bodywork. This bike is known for its uncomplicated style, giving you a fantastic canvas to create something uniquely yours. Even if you’re a purist, it’s nice to know you can replace parts with ease as needed.

While the newer R nineT models look like the older BMW classics, it does come loaded with some modern features, including standard BMW Motorrad ABS and optional ASC (Automatic Stability Control). The bike also features a newly designed tachometer so you can monitor your bike’s performance in real-time.

Suzuki’s TU250X is an absolute blast from the past thanks to its vintage styling that includes spoked wheels, a sweptback muffler, a round headlight, and, of course, plenty of chrome. If fun riding is your highest priority, the TU250X may be the best retro motorcycle for you.

To the untrained eye, this bike looks like a true relic from days gone by. However, riders will appreciate modern upgrades such as improved fuel efficiency, brakes, and suspension. This bike handles like a dream, and it’s perfect for everything from road trips to work commutes.

While Kawasaki tends to be more known for its sporty bikes, the W series has been around since 1965. The W1 may have inspired bikes like the Z1 and Ninja H2, but it’s a classic cafe racer through-and-through.

Kawasaki’s new W800 Cafe pays homage to the original W series with a bike that looks like it came from a time machine rather than an assembly line. Aesthetically, it’s one of the best retro motorcycle options for those who have a soft spot for the ‘60s. It also features modern fuel injection in its 773cc vertical twin.

After a few decades of focusing more on sporty bikes, Ducati’s Scrambler marks a return to form. Unsurprisingly, this bike has received a significant amount of attention. Complete with the low pipes found on the ‘60s and ‘70s models, the Scrambler has that free-spirited feel that makes you want to just get on and ride, destination-be-damned.

The new Scramblers feel just like the Scramblers of old with some simple refinements such as an underseat USB charger and LED lights. If you’re on the hunt for an easy rider with a premium feel, you really can’t go wrong with this bike.

Rooted in history, the Harley-Davidson Forty-Eight is one of the best retro motorcycle for someone who wants to own a bike that has parts readily available. If you like tinkering on your bike, you can be sure that locating components won’t be a challenge. 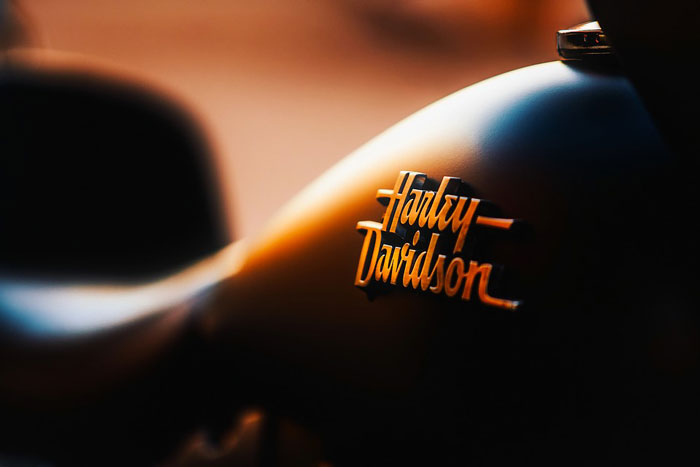 Beyond its convenient customization abilities, the Forty-Eight is a classic naked retro bike that delivers everything you’d want from a classic Harley. Featuring the iconic peanut tank, fat tires, and bulldog stance, this bike is a pleasure to ride. It comes loaded with a 1200 cc air-cooled V-twin.

Don’t call it a comeback. The Royal Enfield Bullet never went anywhere. This bike is essentially a vintage motorcycle that never got removed from the production line. If authenticity is your bag, this is easily the best retro motorcycle for you. It does feature some modern changes such as an electric starter, electric fuel injection, and modern brakes, but, at its heart, this bike is vintage to the core.

The Triumph Bonneville has roots going as far back as 1959. The T100 and T20 families are beloved by many riders, and now the Triumph Bonneville opens up new possibilities for those looking to spread their wings further. While they’re certainly not cheap, anyone seeking out vintage-style bikes would be wise to look into the new Bonneville models.

Here at West End Motorsports, we carry a huge range of customizable parts and accessories so you can add that personal touch to your ride. While the best retro motorcycle is largely a matter of taste, there’s no denying that some basic upgrades go a long way in making your bike feel like, well your bike. Contact us now for assistance with your order.