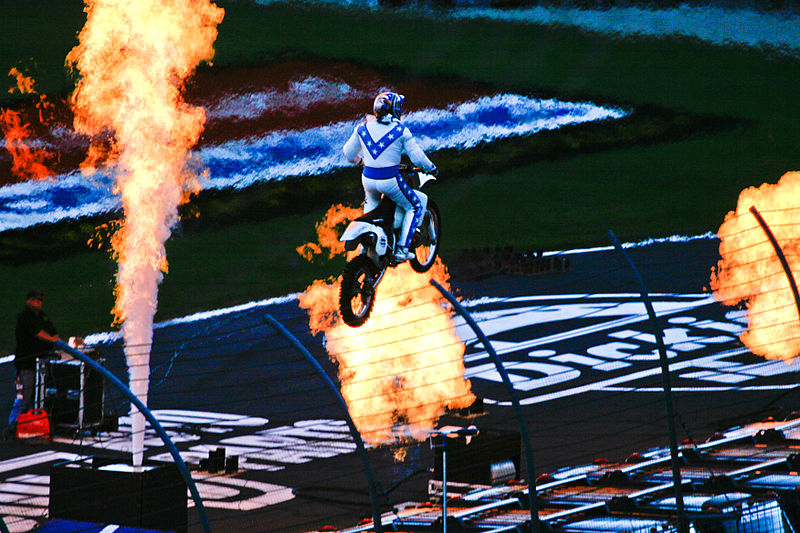 Motorcycle riders have long labored under the image of the death-defying rebel, and their fascination with the greatest motorcycle daredevils of all time has done little to dissuade that perception. Every rider, at some point, has envisioned landing the longest Harley jump or performing a deadly feat on their bike worthy of legend. In the end, most motorcycle riders won’t do more than dream about it, but there are some men and women who took the free-riding spirit to heart and became mythic daredevils.

The Longest Harley Jump In History

One record that sits close to our heart is the record long jump on a Harley Davidson motorcycle. Most of these records are set on sportbikes. Made with powerful engines and ultra-light components, these don’t do well for daily riders but are perfect for doling out lots of horses without much-added weight. That isn’t what Harley’s about.

Seth Enslow had already made a name for himself as a long-distance motorbike jumper when he turned his attention to making the longest Harley jump in history. In the end, his jump of 183.7 feet smashed the previous world record by almost 30 feet, burning his name in the record books alongside his modified Harley XR1200. In reality, he broke the record twice that day: initially in front of a small crowd with a jump of around only 175 feet and then with a second jump for the press that gave him his final length record of the day.

These are some of the awesome daredevils that have ridden their cycles to greatness. No list this short could be complete, but if you’re interested in the history of motorcycle stunt riders, it gets you a start beyond Seth Enslow and his longest Harley jump record. In no particular order after the first one:

What Will Fall Next?

Bikes are continuously improving. While heavily modified rides may be optimized for performance, even stock bikes are getting faster and more powerful. The stigma of riding motorcycles is on the decline as more and more people turn to them as an economic mode of travel. Even stunt riding is experiencing a heyday as more entertainment outlets are willing to fund and promote extreme sports. There may be a new titleholder for longest Harley jump, most extreme trick, or some other category of daring-do not even imagined yet.

Get The Performance You Need

Whether you’re building a ride to take you to incredible heights or just to the office, we have the premium aftermarket parts to help your bike get the job done. Call our customer service team at (570) 992 1113 if you need help finding the right components for your bike. Order your parts and accessories from West End Motorsports today.