If you’ve had to order parts for your bike, then there’s a good chance you’ve had to decipher Harley-Davidson model codes to make sure you get the right part for your bike. In their storied history, they’ve created an extensive list of Harley-Davidson models, each with its own model code that describes pertinent details about the bike that can be used to ensure you’re getting Harley parts that will get the job done on your model.

You Mean The VIN?

No. The VIN is a different number, though some of that code will cover similar information. Whereas a VIN number identifies a specific vehicle for security and registration, Harley-Davidson model codes identify a few characteristics shared across several models to better identify part compatibility. Along with your model year and sometimes the model name, it helps ensure the component you’re getting is the component you need.

Breaking Down The Model Code

Harley model codes are divided into “blocks” of letters. Usually, the first four blocks will consist of single letter codes, but the fifth block often has several more.

The Engine Code - The first block of Harley-Davidson model codes tell you the type of engine in your bike. It’s important that this doesn’t tell you the size of the motor, just the general type. There are three engine codes commonly seen in modern Harleys.

The Fork Code or Tire Code - These Harley-Davidson model codes tell you whether your bike is set up for the narrower 16-inch front tires, or a wider fork for 19” or 21” wheels. The first two letter blocks are some of the most consistent code pairs in the list of Harley-Davidson models.

Frame and Fairing Code - This lets you know the general frame style or how the factory fairing or windshield is attached to the bike. This also gets us to our first common exception in Harley-Davidson model codes. Some codes for this block actually consist of two letters. By the time they were created, Harley was trying to adopt a phonetic-based code standard for new codes, but the single letter alternative was already taken.

The Model and Trim Blocks - The fourth and subsequent letters or groups of letters in Harley-Davidson model codes finally give you the model within the frame-class, and sometimes additional information about how the bike is outfitted, sometimes referred to as its trim package. These can vary greatly in style and format. As an example, the FLHR Denotes a Road King while and FLHR-I is a Road King with fuel injection.

Generally speaking, when using Harley-Davidson model codes, a part made for a specific set of criteria will fit most stock bikes with that criteria. As an example, parts that require an FLH designation should work equally with FLHR Road Kings and FLHT Electra Glide standard models. This are what makes these model codes so useful when mixing and matching parts.

… Is Not Always Guaranteed

If you’re wondering about my use of words like “generally” and “usually” there’s a reason. While the above is often the case, it is not set in stone. Additional factors, such as a particular engine model or displacement, can come into play in a way that a single letter model code cannot encompass on its own. That’s why it’s so important, even when using Harley-Davidson model codes, to be familiar with your bike and what’s on it. Think of the codes as the start of the story, but your own observations about your ride is what helps you ensure you’ll have a happy ending.

The following is a general list of model designations. It is not exhaustive. Harley has a lot of different models and a lot of different Harley-Davidson model codes. These are some of the most common ones on the market, and the ones you’re most likely to find on your bike or a bike from the last few decades you may be looking at. All model listings are presented in alphabetical order of their model codes. 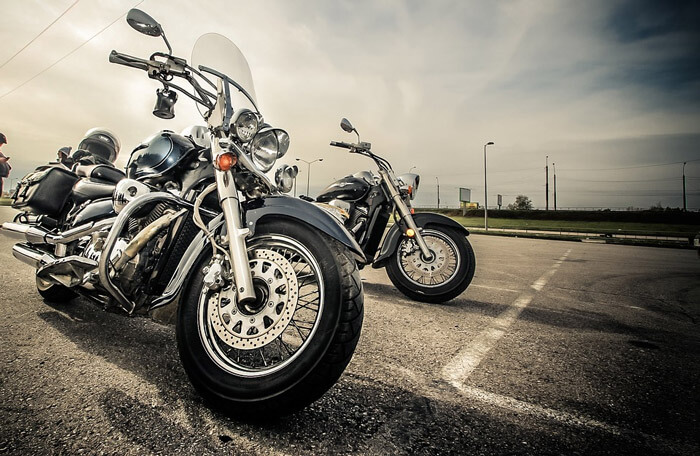 These big dogs are meant for the open road. Often equipped with a set of saddlebags, a fairing/windscreen, and packing plenty of power, these are what comes to mind when someone thinks about Harley-Davidson motorcycles. They give you the room and motor you need for you and your gear or an additional rider. Popular models include the Electra Glide family, the Road King family, and Street Glide models.

The Dyna Glide chassis started as an experiment in offering a custom bike look straight from the factory. Featuring the power and rear of larger Touring models and the front end of a Sportster, these models were meant to mimic modified bikes DIY riders were already creating on their own. While their engine and fork code give us the FX pairing at the front of their Harley-Davidson model codes, at one time this was thought to mean Factory eXperiment in response to its at-the-time unique hybrid nature.

The other half of what went onto the Dyna Glide chassis, the Sportster bikes are generally smaller, with less engine and a narrow, telescoping front suspension. The Harley-Davidson model codes for this style are a departure from the norm, with most offering numbers that give the engine’s displacement in cubic centimeters.

Meant as an answer to racing bikes from rival manufacturers, the Harley-Davidson VRSC, or V-ROD, line of bikes had a racing look and Harley’s first forays into water-cooled, double overhead-cam engines. Their Harley-Davidson model codes all feature the V engine designation.

The Harley-Davidson model codes for Softails prior to the 2018 model year followed a similar pattern as the rest of Harley’s catalog. These bikes give you traditional styling, but a more forgiving ride thanks to their generous hidden suspension.

New platform, new model code system? That’s yet to be seen, but the newest iteration of the Softail definitely changes things up with Harley-Davidson model codes featuring the usual Engine-Fork pairing (though different from model to model) followed by a new 2-letter phonetic model abbreviation. Is this a glimpse of what a list of Harley-Davidson models might look like in the future?

Don’t Be Afraid To Ask For Help

Don’t worry. Harley-Davidson model codes have broken plenty of well-meaning grease monkeys. It’s fine to ask for help. Give us a call at 800-520-8525 if you need assistance finding the right parts to fit your bike perfectly. Order your aftermarket parts and accessories from West End Motorsports today.