If you aren’t happy with your Harley’s stock exhaust, you need a Harley aftermarket exhaust system that gives you the sound you’re looking for. With an aftermarket Harley Davidson exhaust, you can choose how your bike sounds while making sure you’re getting peak performance out of your ride. It’s time your motorcycle sounded like a real Harley.

For decades, Harley Davidson motorcycles have had a unique sound that turned heads and made other riders salivate. Unfortunately, facing a backlash over sound levels (often due to riders running modified exhausts) Harley changed their stock exhaust. The results are underwhelming. That’s why so many Harley owners are turning to a Harley aftermarket exhaust to bring back the rumble of Harley’s glory days.

More Mufflers Than Ever

It’s a great time to be a Harley owner, because there are more exhaust options now than ever as companies like Bassani and have risen to the challenge of making aftermarket exhausts that sound like the tradition of yesterday while giving you modern performance. Now, anyone can go to the top online performance motorcycle parts and accessories retailer (That’s us!) and get a huge selection of exhaust systems for any bike and budget. Some of the top Harley aftermarket exhaust options you’ll see are:

With Harley aftermarket exhaust systems, though, the options don’t stop there. You often have a wide range of different manufacturers, coatings, and tips available to dress up your new custom exhaust. With so many exhausts available, it can be hard narrowing it down to the Harley Davidson aftermarket exhaust that’s right for you.

Know What You’re Talking About

Before you start seriously looking at exhausts, it helps to know what you’re looking for and to be able to understand better what a retailer is selling. There is no single best Harley aftermarket exhaust, as bike sound is highly subjective to the listener. Worse, there’s no set glossary of words used to describe a muffler’s sound, and if there was, advertisers will never stop coming up with new buzzwords to sell bike parts. There are, however, a few generally accepted terms that can help you understand product descriptions or relate to a salesperson the sound you’re looking for or want to avoid.

While these are usually good at getting across what you’re looking for, there can still be some confusion. People use lots of adjectives to mean the same sound. If you can find a way to listen to a set of pipes before buying, it’s always a good idea.

Time To Make The Cut 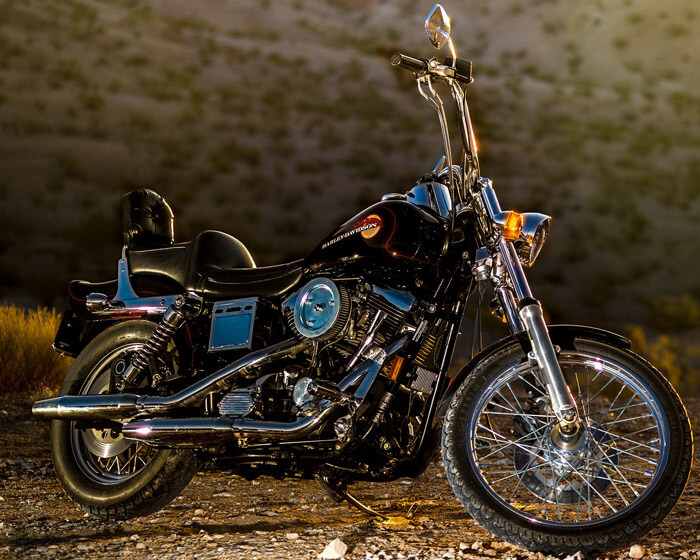 First things first. You’re choosing the exhaust for your bike to fit your preference. Only you know your criteria, so don’t get caught up in what anybody else thinks. Be honest with yourself about what you need out of your Harley aftermarket exhaust, as every one of these criteria is completely subjective, and you want to end up with a Harley Davidson aftermarket exhaust you love.

Wouldn’t it be nice not to worry about money? Unfortunately, that isn’t a luxury for most of us. Before you start looking, listening to, and ogling exhausts, decide how much you want to spend. It doesn’t do any good to carefully compare $900 exhaust systems if you can only drop $400 on a Harley aftermarket exhaust for your bike.

There’s nothing wrong with having a budget. Some riders feel no expense should be spared. Other riders like electricity in their home and eating food on a regular basis. Decide what you’re comfortable with and what your maximum “but it’s only $50 more” amount is, and stick to it. You’ll be far happier long term.

Similar to budgeting your money, decide how much time and effort you want to put into a new Harley aftermarket exhaust installation. If you want to change up your head pipe configuration, that’s cool, but it’s also more work. If you want a rig you can ride around on and show off in a half-hour or less, slip-ons might be the way to go.

There are exhausts out there that look amazing, and there are ones that look like straight trash. Only you can decide which looks like which to you. Think about how a setup will look on your bike. Do you want that chromed-out shine, raw stainless steel, or murdered-out black? Just pipe and muffler, or do you want to add some rocking tips to your Harley aftermarket exhaust?

You also need to decide how important looks are. Let’s face it, if you fall in love with the sound of a muffler that really doesn’t fit your ride, you might have to make a choice: sound great or look great. Neither is wrong as long as you’re happy with the results.

Most aftermarket Harley exhaust changes will affect the back-pressure put on your ride’s motor, especially if you’re going as far forward as the head pipes. A faster flowing Harley Davidson aftermarket exhaust leans out your motor, running more air through it, and causing it to run hotter. A slower flowing exhaust can do the opposite. If you’re making a big change, you may want to add a new fuel module, like a DynoJet, into your budget to auto-tune your bike’s performance for the new set up.

There are certain names, like Vance & Hines, that are well known and trusted in the riding community. While there’s nothing wrong with smaller and newer Harley aftermarket exhaust manufacturers, some people will only go with a name they trust. Additionally, a company’s mufflers usually share a similar profile across mufflers, so if you loved a set of SVT Boneshaker slip-ons on a previous bike, odds are you’ll love them on this bike too.

Remember how we talked about Harley getting wimpy with their stock mufflers? There’s a reason. Loud bikes were catching so much heat, that towns, cities, and states began passing noise ordinance laws specifically targeting motorcycles. Tickets and court summons make an illegal exhaust even more expensive. Know the rules in your area and make sure your Harley aftermarket exhaust is legal...or don’t. It’s your bike build, but you’ve been warned.

Finally! By now, you should have your list culled to 2 or 3--okay, 20 or 30--options that fit the rest of the criteria. Now it’s time to take a listen. If another rider has some pipes you’re considering, ask them to fire it up. If you’re a hermit in the middle of nowhere, look up the models online. Our YouTube channel has some great videos, just remember that while videos and recordings are representative, they’re coming through a speaker that may not be completely true to life.

If All Else Fails, Talk to the Experts

We’ve ridden a lot of bikes with a Harley aftermarket exhaust over the years, and sold a ton of systems. While sound and appearance are subjective, we have a lot of experience helping riders find what they need, and we love to talk to them about their bikes. Give us a call at 800-520-8525. We’ll be happy to help you find the perfect Harley Davidson aftermarket exhaust for your motorcycle.