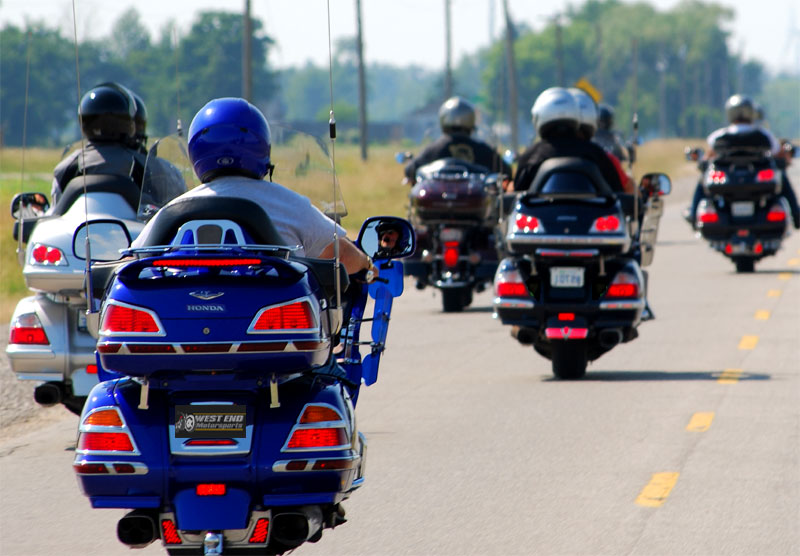 Connecting the exhaust together to achieve more power is nothing new. Racers have been doing this for years with 2-into-1 systems to get the most bang for the buck out of their engine. Many systems manufactured for today's large cruiser engines incorporate the same technology helping to boost torque and horsepower.

Why would someone replace a system with crossover to a true dual system? True Duals sound cool but do nothing for performance. Adding True Duals let you hear the sound of each cylinder separately offering a nice tone, but losing low end and mid range power.

By introducing a cross over, the effect will boost your power in the low and mid range, not lose it as aforementioned. But why is that?

As the exhaust valve opens, a wave of pressure travels down the exhaust. When it comes to a point of expansion (when it reaches the muffler, or when it reaches the end of the exhaust), that wave of expansion also expands back up the pipe. Because positive and negative waves alternate in the pipe, at some lower rpm it is a positive wave that arrives at the cylinder during valve overlap. This reduces torque and power by pushing spent exhaust gas back into the cylinder, slowing down the intake process.

Crossover tubes provide another point of expansion and can broaden the rpm range over which the negative wave arrives during overlap, thereby improving the cylinder's ability to bring in fresh air and fuel faster...which in turn offers a more effient burn producing more horsepower and torque. 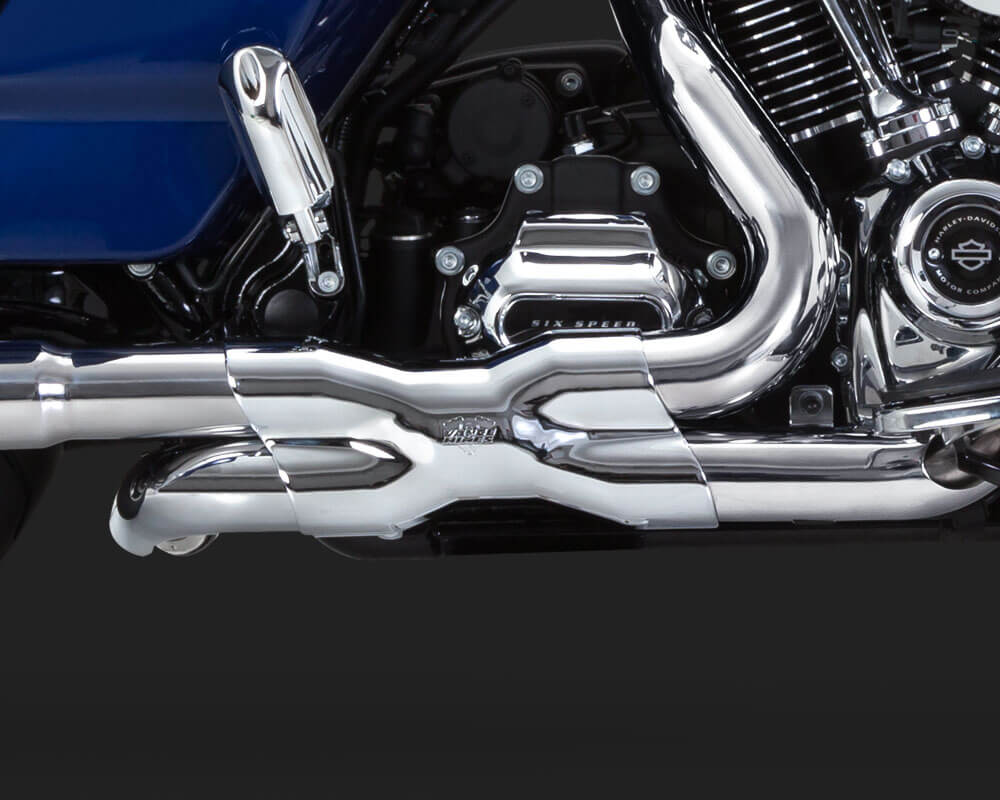 Systems the exemplify that are performance headers with a built in crossover. These systems have worked well in engines of the past and work best with Harley-Davidson's new Milwaukee-Eight engines. There are a handful of manufactures that produces pipes with built in power chambers that really move the exhaust gases through the bike. Each looks a little different but all work about the same.

The upgrade is worth it, especially if you want to lose the factory catalytic converter and lose all the heat that accompanies the cat. The benefit is an improved exhaust flow and the ability to now adjust your air/fuel mixture to richen up the fuel ratio adding power as well while getting the engine operating temperature to lower as well.

Click here to shop a selection of performance headers. Call 800-520-8525 if you have any questions.